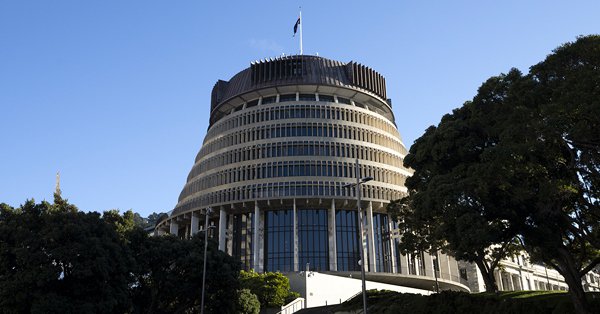 A year or so out from the 2023 General Election, Acumen’s Government Relations team shares some historical political observations that have relevance today and what this could mean for the election result.

A structural problem that has emerged since MMP’s introduction in 1996 is the leadership instability that takes grip after a governing party goes into Opposition. It’s happened on both sides of politics. Prime Minister Clark faced four National Party leaders during her terms, and John Key and Jacinda Ardern both faced five opposition leaders during their respective prime ministerships.

Leadership instability has created a democratic deficit as uncompetitive and internally-focused oppositions are not holding the government of the day to account as effectively, leaving it to a fragmented media.

One result of this deficit is uncompetitive elections. Since MMP was introduced, only three out of nine elections have been competitive (i.e., 1996, 2005 and 2017), debunking a prevailing view that all MMP elections are close. They are not.

What history tells us about possible electoral pathways for 2023

There are four types of Government that are theoretically possible at the next election.

So, what type of government might emerge from the 2023 election? Polls would suggest that irrespective of whether Labour or National leads the next government, it will be in coalition with another party.

The median voter who decides close elections will have to choose between centre-left and centre-right blocks and the campaign next year will bring this into sharp relief. But the question then becomes how close will the election be?

Given the closeness of polls, the 2005 General Election appealed as one pathway next year’s election might take, with twin issues of tax and race (read: co-governance) likely to feature. The significant difference is 2023 will be economic conditions. Economic concerns ranked only the 10th most important issue facing voters in 2005, but today is the top concern among voters.

The final potential election pathway is the 1975 election, which saw our last one-term government swept from office. Leadership went from a strength under Norm Kirk to a weakness under his successor Bill Rowling, following Kirk’s death. More significantly, after the first oil shock the economy deteriorated, and Robert Muldoon waged a successful 18-month campaign to win office in 1975.

Christopher Luxon does not appeal as a Muldoon-type force, capable of attracting 6,000 people to a woolshed meeting, but nor might he need to be if Labour’s support continues to soften. The economic situation at that time is similar to that faced by The Rowling Labour Government.

The proprietary Leadership Capital Index is a political science framework developed by international scholars. Analysis of the prime ministerships of Helen Clark, John Key and Jacinda Ardern, using the LCI in the domestic setting, reveals several general leadership themes, including that:

The trick to staying in power is for leaders to manage their inevitable rate of decline. We saw a strong third term decay curve for Clark, a long high plateau for Key before his flag dip and eventual resignation, and we are now seeing a sharp decline in Ardern’s leadership capital.

One conclusion drawn from the Leadership Capital Index analysis is that Prime Minister Ardern’s leadership has been more event driven than either Prime Minister Helen Clark's or John Key’s leadership. Her decay curve in leadership authority has been dramatic since the second half of 2021 and it is more akin to the third term decay seen in Clark’s LCI curve than one would expect in a second term Prime Minister.

Clearly, Aotearoa New Zealand will be facing a competitive election next year. Our advice for business has centred on adopting a hedge strategy to incorporate the wings of likely coalition or confidence and supply parties (i.e., the Greens and the Māori Party on the centre-left and ACT on the centre-right. If you’d like to have a conversation about how best to engage with Government and officials then please get in touch.

Driving the motor industry into the climate change discussion

The transport sector is one of the major emitters of long-lived gases that contribute to climate change. As the largest representative of the New Zealand motor industry, it was important for the Motor Trade Association (MTA) to have its voice heard, particularly as the Government's response to the Climate Change Commission could have a big impact on its members' businesses.

The budget is the ultimate coming together of politics and the economy. It cannot easily be separated from its political context, and contexts change. When the Minister of Finance began preparations for this budget late last year his government’s political and economic contexts were very different.

Let's have a conversation